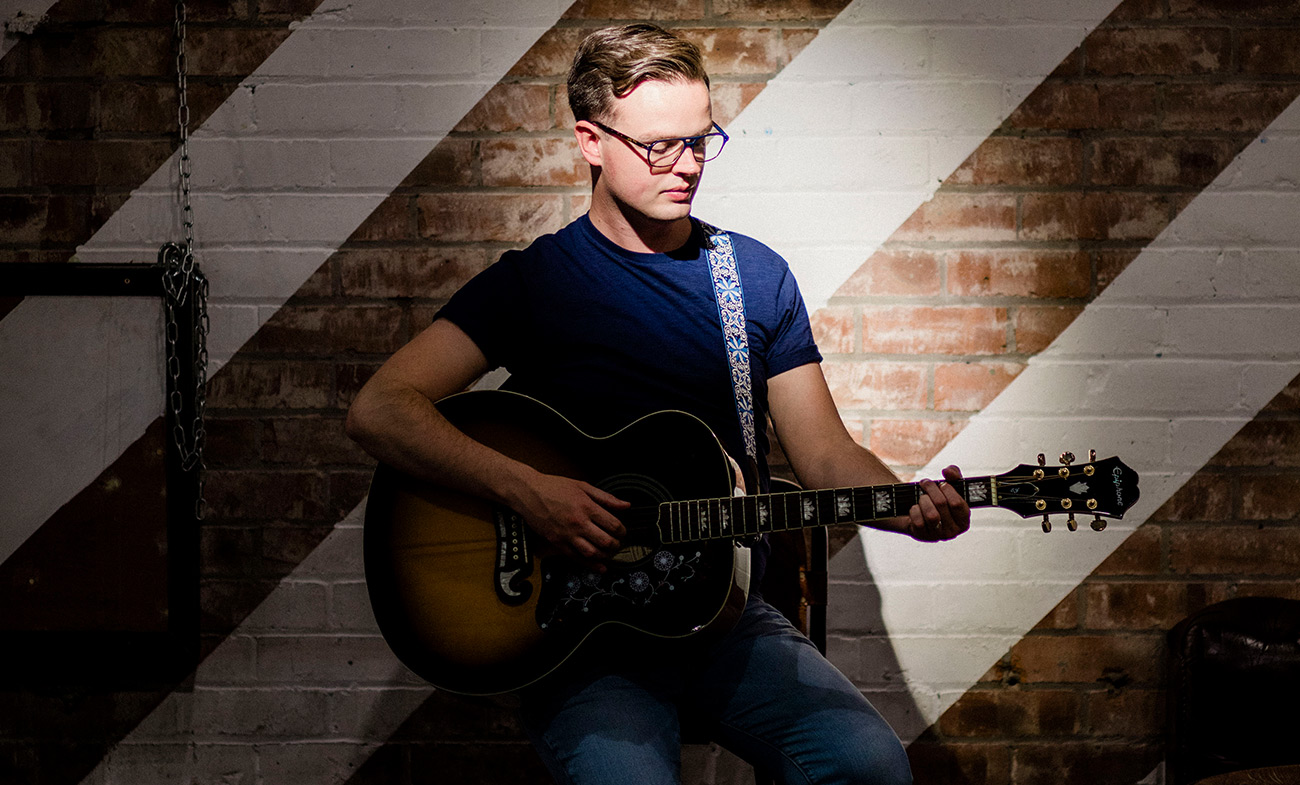 HOW PANDEMIC HELPED TO BRING THE NORTH EAST TO NASHVILLE

Not a lot of artists can say that 2020 was as breakout year for them, but British country music star Tommy Atkins has never done things by the book. Following his number 1 smash, Cinderella’s Had a Drink, and five consecutive top 5 singles in the U.K., New Zealand and Canada, the singer-songwriter released his first EP: Kiss Me, Cowboy at the start of lockdown in the UK.

Last year, Tommy made history on country radio in the UK and Europe with hit singles that featured openly gay lyrics, and won the award for New Artist of the Year at the Country Queer All-Star Poll, cementing his place at the front of the queer country movement alongside industry heavyweights Brandy Clark, Waylon Payne and Brandi Carlile. We caught up with Tommy to discuss how a lad from North Shields has continued to dominate the country music charts worldwide despite a ban on touring, the positives that he has taken from the last twelve months and how Nashville and the North East are closer than you might think.

Tommy started writing songs when he was 16, intending on becoming a songwriter for other artists due to the lack of diversity in country music. Talking about his early career, he remembers, “I didn’t really see any openly gay artists out there making country music, being accepted and having success in the mainstream, so I did this for a few years. I started to appear at multi-songwriter performances and while I was doing that and getting various bits of feedback, it dawned on me that now was the time for openly gay lyrics to come into country music and for somebody to make that happen.

“For the past few years that has been my mission, to make my own music champion LGBTQ+ people, but also the UK in country music. Our country scene is fairly new and quite small in comparison to other countries so my main goal is to try and address that.”

During his career, Tommy has spent significant time in Nashville recording, playing and making contacts in the music scene while still living predominantly in the North East. When the pandemic
hit, that all stopped and suddenly artists had to adapt to a digital stage in order to stay relevant.

Now was the time for openly gay lyrics to come into country music and for somebody to make that happen.

“I had been writing and recording music with people in Nashville for a couple of years before I ever visited. I’m actually very used to remote working, so the whole Zoom writing sessions aren’t really a new thing for me. It’s certainly helped having a rolodex of people that I can turn to from my Nashville community and, yes, ask if they want to write or work together, but also ask for advice and over the last year that’s been invaluable.

“The bigger adjustment for me was reaching my audience. Touring has always been the tried-and-true method of breaking into a new audience and without being able to tour it was difficult to get people excited about me as a fairly new artist on the scene but also about UK country generally.

“In lieu of being able to play the gigs and festivals that I had planned, I had doubled down on radio promotion and press while brushing up on my digital skills so I could still speak to my audience. Touring
is amazing but it does take up a lot of time. I think having this year to invest in other means of promotion has definitely been a plus and something that will stand me in good stead going forward.

“I’ve had to find creative ways to launch new singles during lockdown. Facebook Lives have been great and they will definitely be something that I will keep going when we come out the other side of this. Hosting digital events has been a new piece of learning for me, and I wanted to make sure that it still had the high production value that people expect from artists. A lot of people rushed to create free events that didn’t look great, and that combination undervalues what we do as performers. Digital events also meant that I could perform with people from
all over the world, something which simply wouldn’t be possible on a live stage. I hope that post-pandemic some of the digital elements can be weaved into live shows so they become more accessible and open up live events to a much wider audience geographically too. I’ve seen a lot of success in the Asia-Pacific region this year, somewhere I certainly wouldn’t have thought to tour, and that has been down to having the opportunity to play to a global audience online.”

Sitting 4040 miles away across the North Atlantic Ocean, it’s not immediately clear that there are any similarities between the North East and Nashville, but Tommy thinks differently; “Growing up in a working-class environment is what county music is all about, for Tennessee its farms, for us it is mining, the shipyards – industry. We share a sense of community, and when you write about these things they completely translate into a shared experience. Look at anywhere where you have people carrying out repetitive work and you’ll find great music – look at the car industry in Detroit, the work on an assembly line, that fed the R&B, Hip Hop and Soul sounds that we associate with the area today.”

Tommy hopes that the pandemic will leave us with a legacy of more meaningful stories in country music as artists have time to reflect and create, “maybe we’ll hear less songs about whiskey and women”, he jokes, “I think we’ll see more introspective music as artists think about what they have missed in 2020. My next single is about finding balance, the world slowing down and taking time to appreciate what’s important.”

Tommy Atkins next single is released in May 2021.
Find out more at www.tommyatkinsmusic.com